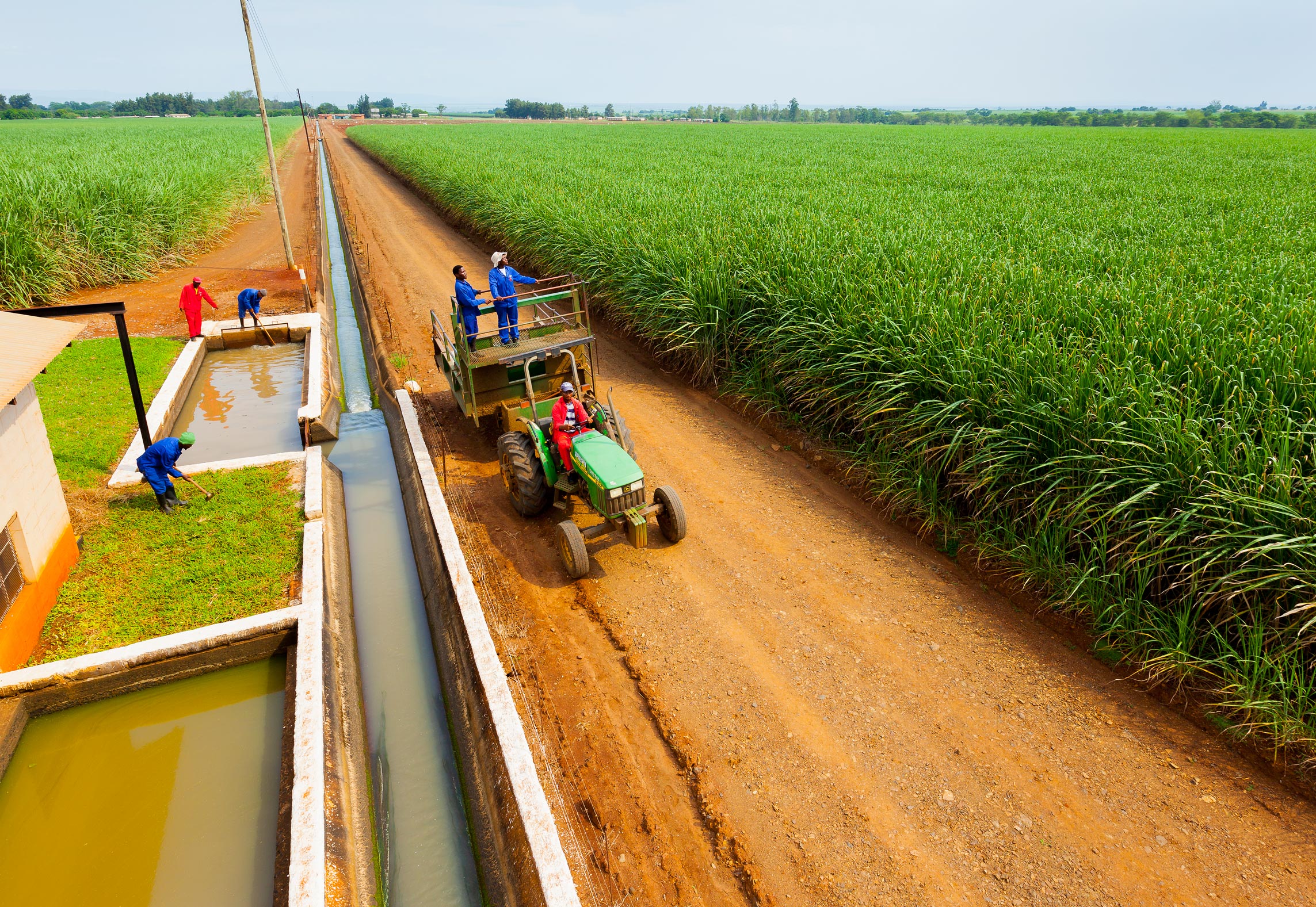 [Durban, 17 June 2020]: Tongaat Hulett today announced it had entered into an agreement with Eswatini’s Public Service Pensions Fund (the PSPF) to sell Tambankulu Estates, its Eswatini agri-business, for R375 million.

Tongaat Hulett CEO Gavin Hudson said the sale of Tambankulu was fully aligned with the company’s turnaround plan, and would allow Tongaat to pay down further debt.

“Our number one priority is to ensure the long-term sustainability of Tongaat, and a key element of this is paying down our debt as quickly as possible. Tambankulu is a quality, well-run business that is not core to our larger sugar business. This was a reasonable offer based on a thorough due diligence and independent valuation input that supported the price, and after due consideration the board decided it would be in the best interests of the company and its shareholders to dispose of this asset”, he said.

“PSPF is also considered a strong strategic shareholder of this business going forward, which was a key consideration for the board.” said Hudson.

Tambankulu is the largest independent sugarcane estate in Eswatini, located on two agricultural estates near the Black Umbuluzi River in north eastern Eswatini. The estate has more than 3 700 hectares of land under sugarcane, and is producing 62 000 tons of sucrose a year. Tambankulu’s farms are modern, using high tech irrigation systems, fertigation, artificial ripeners and herbicides. The estate delivers its sugarcane to the nearby Simunye and Mhlume sugar mills.

The PSPF is a public organisation that was established in 1993 for the management and administration of pensions for public sector employees in Eswatini. The scheme is run as a defined benefit pension fund and provides retirement annuities, and death disability benefits for its members and their dependents.

“We are confident about the future of Tongaat, and that the disposal of Tambankulu will help to further position the group for longer-term sustainability and value creation for Tongaat shareholders.” said Hudson.

In terms of Tongaat’s turnaround plan, apart from implementing greater operational efficiencies to improve the group’s cash flow and other initiatives, the company has put in place a number of strategic business partnerships to raise cash, step-change the company’s transformation initiatives and build strong partnerships.

These include:
• Within the SA farming operations an initiative was launched through which Tongaat is optimising its direct sugarcane farming activities in SA. As part of this initiative, Uzinzo Sugar Farming, a large-scale black-owned sugarcane farming enterprise was created to farm some of this land.
• Within its SA milling operations, Tongaat is creating an initiative aimed at establishing a well-structured competitive sugar business on the KwaZulu-Natal North Coast that mills, refines and sells sugar and associated products, with equity held by, amongst others, farmers.
• In the property and land portfolio, a special purpose vehicle is being created to facilitate diverse investment partnership opportunities to deliver a stable and sustainable long-term earnings platform.
• Tongaat officially launched project Kilimanjaro with the Zimbabwe government in November 2019. The project aims to increase productivity of land through the development of 4 000 hectares of new land for sugarcane farming for the benefit of 200 farmers.